ATM Security
AGATHA - The solution for the security of cash handling devices.

ATM: what is it and how it is built?

Everybody knows and uses the automated teller machine for cash, ATM. The first model was installed near London in 1967, while in Italy the first one came in 1976.

The ATM is composed basically by two parts:

In the last 50 years always more attacks to ATM have taken place, using several kinds of methods like for example the skimming, the cash trapping and the explosion.

The EAST (European Association for Secure Transactions) declared that in the last years the attacks have increased, even of the 27% between 2018 and 2017.

In particular there has been an increasing in number of countries where the attacks are made by explosive material/gas.

We have to remember that this kind of attacks cause more damages than other way of attacks. In fact, the damages caused by an explosion, especially if this is badly calibrated, can caused damages also to the building in which the ATM is installed. These collateral damages can be often 10 times higher than the effective amount of stolen cash.

How the attack with explosive gas takes place

When criminals introduce the explosive gas through the split, the gas can manage to enter in the safe-box or it can stop near the split which connect the superstructure with the internal safe-box.

The consequence of the explosion can be different:

Below you can see some pictures that show the damages to some ATM due to explosion: 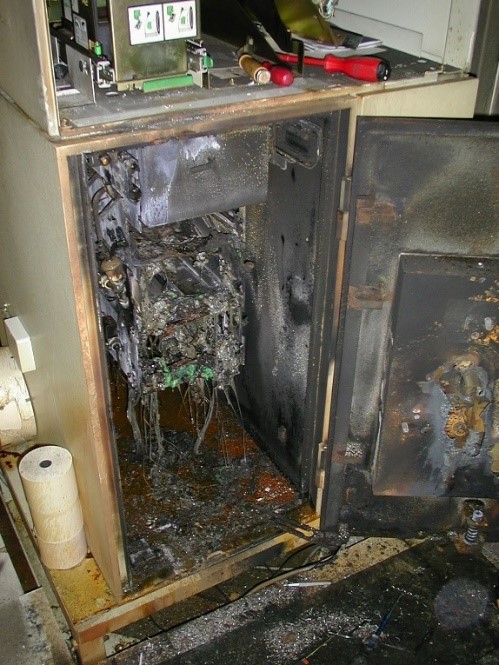 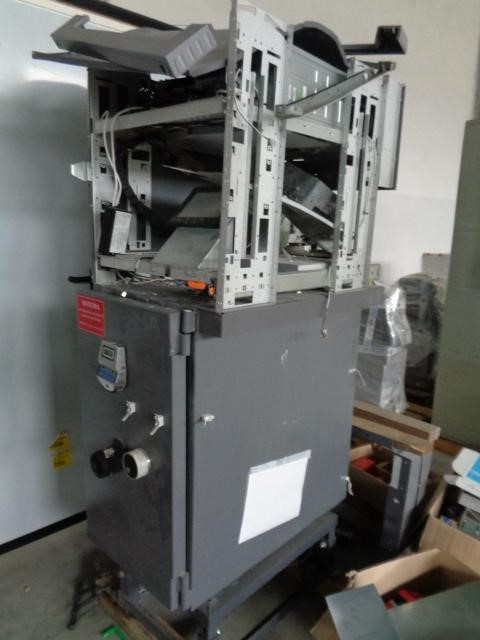 Prevention is better than cure

Since years the ATM systems have been integrated with countermeasure devices which make the “prey” unusable, for example staining the banknote with inkjet. As already described above, the collateral damages caused by an explosion, are higher that the effective amount of cash stolen. For this reason, it is more efficient the PREVENTION of the explosion.

For this reason the ATM manufacturers have equipped the systems with devices able to prevent the explosion for example making the atmosphere inert with CO2.

But in order to activate these countermeasures, you have first of all to DETECT the presence of explosive gases.

Prevention of the explosion is the reason for which we developed TEC-AGATHA, a device able to detect several kind of explosive gases like LPG, acetylene, isobutane etc.

Thanks to the use of two sensing elements with two different technologies, the board manages to detect the gases even when criminals try to “poisoning” and “numb” the sensors, injecting oxygen before the explosive gas.

Once detected the gas, the board activate a relè on board: the ATM manufacturer has to connect this relè to his defence system (which can be activation of CO2 tank or others). 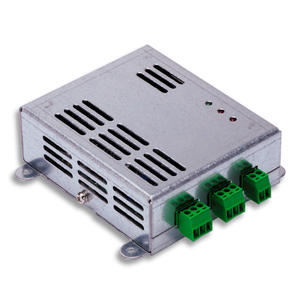 AGATHA is an explosive gas detector for ATMs or safe-deposit boxes based on Figaro sensors, world leader in the production of semiconductor gas sensors.

The selected product has been successfully added to the quotation.